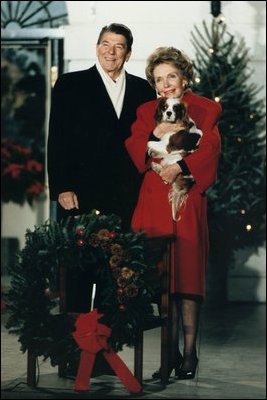 «When the Ukraine was free and not under Soviet bondage, Christmas was, of course, the religious event that it is in the Western world. A favorite Ukrainian carol was 'Nova Radist Stala' - 'The Joyous News Has Come To Us.' A Ukrainian now teaching at the University of Utah has written an article about the evolution of Christmas under Communism, at least as it applies to this carol. In the good days of freedom, the people of the Ukraine sang these verses:
The joyous news has come which never was before. Over a cave above a manger a bright star has lit the world, where Jesus was born from a virgin maiden, clad in raiment poor like a peasant baby, the shepherds with the lambs surrounded the child, and on flected knees they Him glorified. We beg you our King, we pray to you today, grant happiness and joy to this family.
Now, of course, this was neither fitting nor permitted under Communism. Still the commissars were a little leery about an outright ban. They chose to allow the song after some rewriting. In fact, they provided the Ukrainians with two versions, neither of which could be expected to have made the Ukrainian Hit Parade. Here’s the first version:
"The joyous news has come which never was before, a red star with five tails has brightly lit the world." See they only changed one line in that verse, but wait --
The altars have crumbled and all the kings have fallen, glory to the working people, to shepherds and the plowmen, glory to our host and to his fair hostess. May their friendly household know only happiness. May all their family, especially the children, grow up to be strong and happy so as to fight the rich men.
You know, our own kids could probably get away with singing that one in the classroom. The second version is a little meatier, even though they got the Christmas story down to two verses instead of four.
"The Joyous News has come which never was before. Long-awaited star of freedom lit the skies in October.'(If you’re wondering about what happened on the date, the revolution took place in October.) 'Where formerly lived the kings and had the roots their nobles, there today with simple folks, Lenin’s glory hovers".
The people of the Ukraine, both in and outside the Iron Curtain, were so carried away by these verses, they added one of their own. They sing it, but carefully refrain from putting it in the songbooks. It goes: "We beg you our Lord, we pray to you today. Grant us freedom, return glory to our Mother Ukraine". I guess we all hope their prayer is answered.
This is Ronald Reagan – thanks for listening». 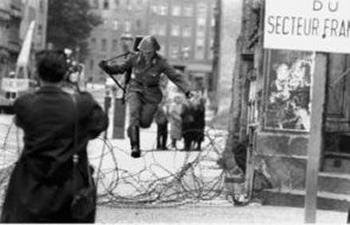